Newcastle United beat Manchester City  3–1, winning the FA Cup for the third time in five years and the sixth time in all. Jackie Milburn scored Newcastle's first goal after 45 seconds (a record for a Wembley final that would stand until 1997), before Bobby Johnstone equalised for City just before half-time. Bobby Mitchell restored Newcastle's lead in the 52nd minute, and George Hannah extended it seven minutes later.

The match was virtually decided in the 17th minute when City fullback Jimmy Meadows attempted a tackle on Mitchell, only to sustain a serious leg injury which forced him to be stretchered off five minutes later (and also forced him to retire from playing). As substitutes were not allowed in English football at the time, City had to play the rest of the match with ten players. 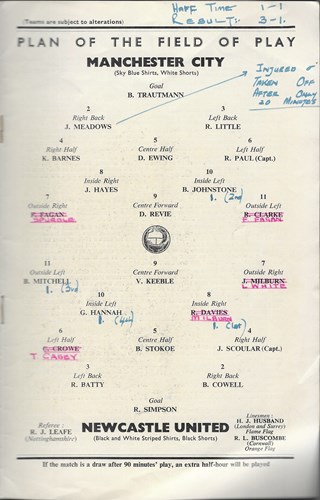 Team line-ups in the programme for the 1955 FA Cup final. Note the updates to the teams and the score, which has been added in pen by whoever had this programme on the day. 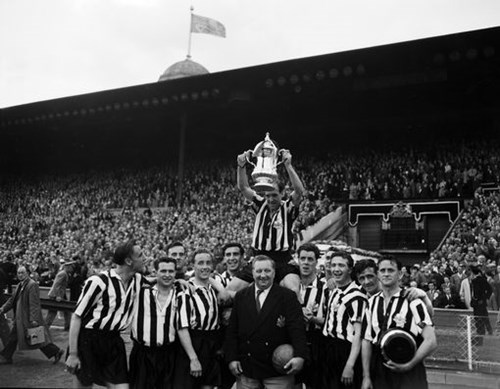 Film footage of the whole of the 1955 FA Cup final is available at: 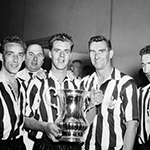 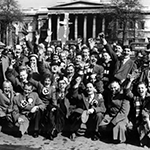