Newcastle United won the FA Cup again by beating Arsenal 1-0 at Wembley Stadium in front of a crowd of 100,000.  Arsenal’s Walley Barnes was taken off injured with a twisted knee after 35 minutes and as no substitutes were allowed then, Arsenal were down to 10 players. Arsenal suffered further injuries to Holton, Roper and Daniel, so that by the end of the match they had only seven fit players on the pitch. With the numerical advantage in their favour, Newcastle won 1–0 with a goal from George Robledo.

Despite late efforts to overturn the decision by a minority of its members, The FA Council banned the BBC from televising the game, leaving those who could not attend with only updates on the first half on BBC radio, before the second half was described live to listeners. To date this remains the last cup final not to be broadcast live on television, although the game was filmed by newsreel for broadcast that evening in cinemas. The BBC instead broadcast a cricket match between Worcestershire and the touring Indian cricket team. 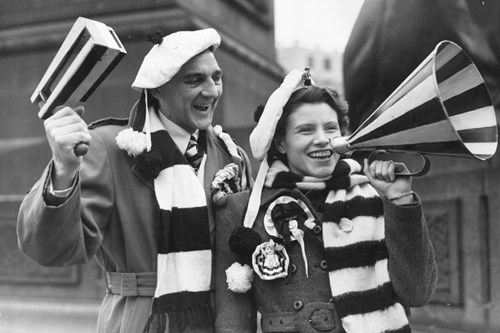 Mr and Mrs Taylor ready to support Newcastle United in the FA Cup final against Arsenal at Wembley, May 3, 1952. They are pictured in Trafalgar Square.
Image courtesy of the Newcastle Chronicle 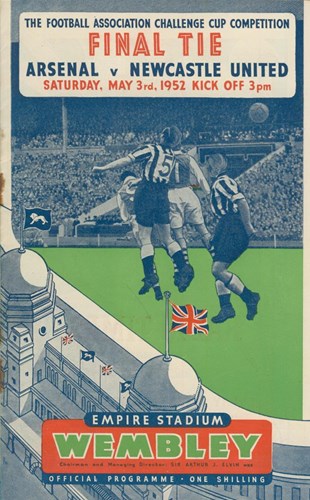 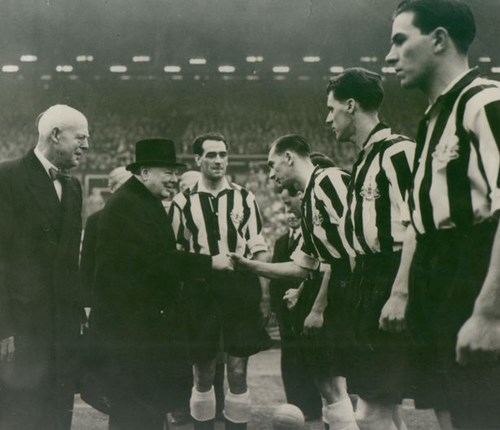 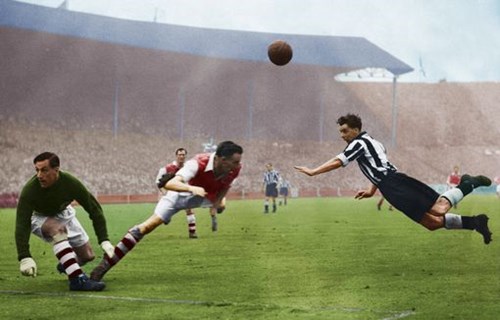 You can watch British Pathé newsreel footage of the 1952 FA Cup final at: 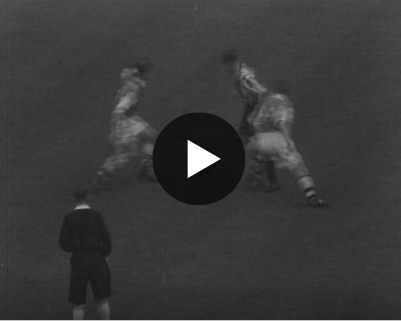 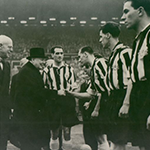 1952 FA Cup celebrations in the city 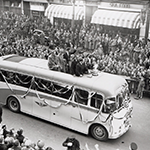