Football in the 1950s was very different from today, not only in the stands, but also on the pitch. Pitch technology was rather primitive compared with today, so pitches soon became waterlogged and muddy.

“Of course the pitches at that time were just a quagmire. When we were low down we could see, sometimes the football boots got stuck in the mud, and they would come off! Oh it was terrible, it was like a ploughed field, and the centre circle and the two penalty areas were just mud. Sometimes water lying and the ball splashing in the mud. And stopping dead, because it was a leather ball, so it picked up all the water. Then the winter, when it was snowy they couldn’t clear the whole pitch, so they would just run the lines, clear the lines, I can remember them using an orange ball.”

“They would play in all weather; if there was going to be snow or frost, no underground heating, they would put straw all over the pitch to stop the frost getting into the ground, it would go on the top, and also if the snow came, it wasn’t cancelled, they weren’t namby-pambys like today’s fellas, you know they were men, and so what happened was when the match was ready to play you would get volunteers from the crowd, they would ask for volunteers and people would go on and brush the snow and the straw off the pitch, so all the way around the cinder track was thick with snow and this straw stuff, and if there was still a thin coating, which you can sometimes get if it’s cold enough, they would then mark out the pitch; the goal area, the centre circle, the penalty area, they would mark it out in the snow and they would go on and play in those conditions with a leather ball, I mean it’s, they wouldn’t play in those conditions now, the match would be cancelled or it wouldn’t even go ahead.”

For many women fans, like men fans, key qualities they admired in the players included courage and toughness, a sense that they were ‘real men’.

Krystal believes that today’s players could not play on the grounds of the 1950s, as they were often just mud.  She believes also had to have more skills in the 50s because the ball was so heavy:

Joan has a similar view, because of the boots and the ball of the 1950s:

“I don’t think the players of today could not stand up to what the players did then. Their football boots for a start - they were solid leather.  The ball was leather.  Nowadays, they’re plastic.  I don’t think if you give a Newcastle United player toady, a pair of the boots that they had back then, they could even walk onto the pitch.” 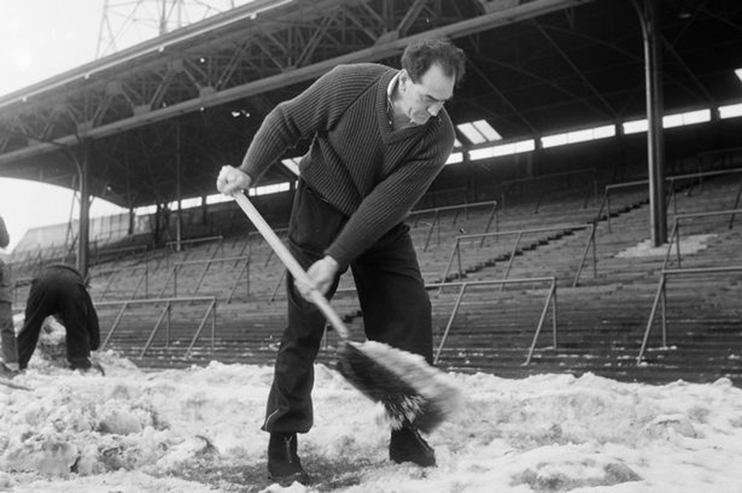 There is British Pathe newsreel footage of a game at St James’s park in 1954 played on ice and snow! 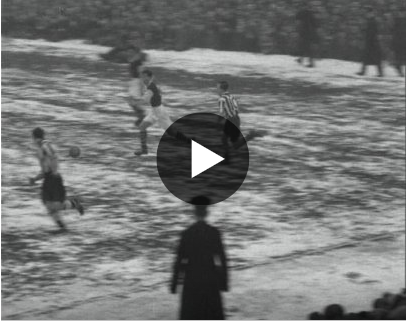 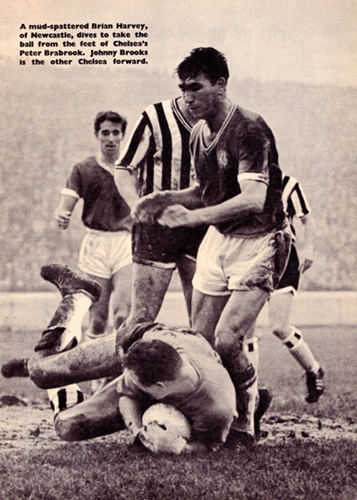