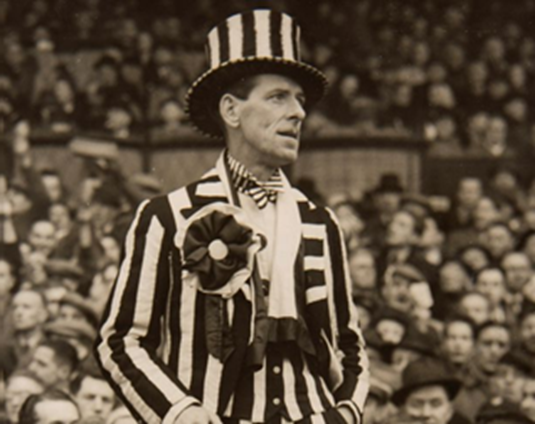 Mascots are not new in football. In fact, Newcastle United had a magpie mascot in the 1950s!

“There used to be a man dressed up in a magpie suit and he was the mascot. He was there for years and years. He used to go around with his rattle and his scarf, and he was dressed in a satin type magpie suit.”

“Ah, now he was lovely. There was an old gentleman, every match before the match and at the end of it, you’ve probably heard of him as well, walking around, I’ve got pictures, the cinder track, walking just past where they would throw the ball in. He was dressed fully, he had a cane, walked with a cane, he was small, little bit of a tummy, and he was dressed head to foot in a black and white striped suit, waistcoat and a top hat. He was the mascot, that was the sort of mascot they had, as a magpie, and as he walked around he would wave his stick and everybody would cheer him, and he was there for year.  I used to know his name, he was there for years….. He used to walk around waving to the crowd, geeing them up, ‘come on’ .”

There is a fascinating article about the mascot by Tony Henderson in the Newcastle Chronicle: