The second strand of this research project, funded by the AHRC, is focused on fans of international women’s football, specifically the England women’s team. This is especially pertinent given the increased interest in and profile of women’s football. For example, over one billion people around the world watched coverage of the 2019 FIFA Women’s World Cup. Interest in and support for the England Women’s’ team, The Lionesses, has grown significantly in in recent years.

Drawing on 100 interviews with fans of the England and USA national women’s football teams, in collaboration with Dr. Rachel Allison (Mississippi State University) the research gives women fans a ‘voice’ to tell their stories.

The project is investigating a range of themes, including:

Here are quotes from two of the 100 interviews, to give a flavour of the findings:

“It takes over my life, because obviously I travel as much as I do; it’s a running joke at work, ‘Why are you taking holiday?’  ‘Watching football!’…It’s brought me good things, as I’ve met some wonderful people through it [football].  I met my girlfriend through it, cos we met at the World Cup…. I feel I’ve now become the biggest advocate for women’s sport, because people have now started paying attention to it because they know I do.  So, at work I’ll get people going ‘Oh I checked the Liverpool Women’s score’, because they’re a Liverpool fan.  Or they’ll tell me: ‘Have you read this story about what’s happening with the US pay gap?’.  Women’s football is more personable than men’s football.  When I say I’m known, I’m known by the players. Jilly, our captain, gave me her Cup shirt last season as a thank you for all my travel.”

“I think in terms of the importance as a whole words wouldn’t do it justice to try and explain the influence it’s had on my life…I actually put all of that to my early days, what I experienced through football and all the memories I hold of it…I want someone else to experience that because, for me, it’s been life changing and if I can help the next young girl experience it, whether that be as a player, a coach, I want football to bring them joy in the same way it did me, so for me…It’s incredible that [football] can bring so much to so many different people, whether that is as a fan, that you go and watch the Euros or the World Cup and you get that high and that low, or whether it’s you’re down the park as a six year old playing football, I want someone to experience what I did or what I have done through football… People say, football has been life changing but it 100 per cent has; I feel that that doesn’t do it justice, because it has been pivotal to what I do and football has shaped my life’s trajectory.” 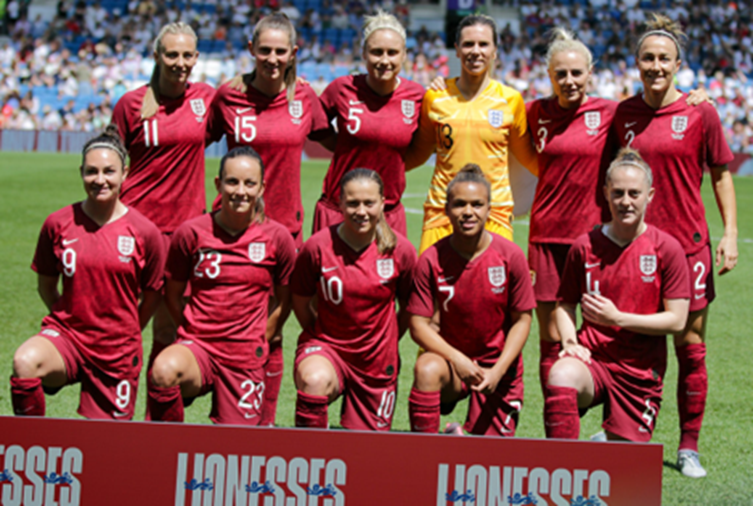 A second strand of this research on media coverage of women’s football in the UK is breaking new ground. This is the first study to examine how the UK has entered a ‘new age’ of media coverage of women’s sport, with a shift towards greater gender equality. The research also explores how men are responding to this growing visibility of international women’s sport in the media and how sexism is still highly prevalent.